The programme was conceived by Dr Rod Hitchmough, a geneticist and a New Zealand cat breeder since 1976. Rod identified a burmese of very different colour in his traditional burmese breeding lines, and considered that another gene was affecting the colour, possibly cinnamon. The general colour was a very pleasing light, warm biscuit brown – quite different from the usual chocolate. Rod sought then to recreate the colour or a colour very similar to this, in a predictable, reproducible fashion. Hence the Cinnamon programme was born in early 1994 – nearly 20 years ago.. Having established the gene and the foundations of a viable gene pool, the next challenge was to then breed for the burmese gene (cb)– again a recessive mutation gene from the Full Colour series (C).

The cinnamon gene (bl) is a member of the same genetic series as the chocolate gene (b)(i.e. a mutation of black (B) ). Chocolate is recessive to black, and cinnamon is recessive to both black and chocolate. This can make it a very hard gene to work with as to get to cinnamon, two cinnamon carriers must be mated. Over eight separate breeders in New Zealand were participating in the cinnamon programme.

The genotype of a fawn Burmese is as follows:

The genotype of a cinnamon Burmese is: 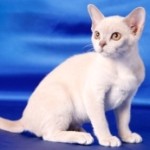 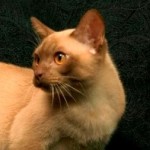 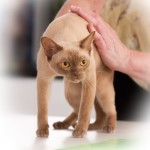 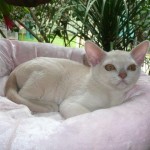 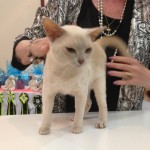 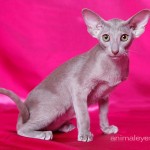 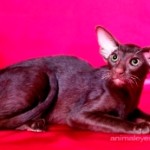 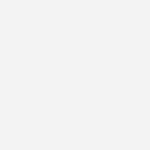 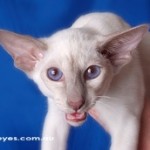 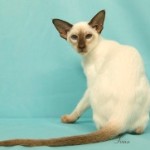 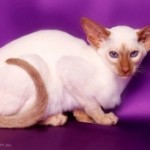